“He who has an ear, let him hear what the Spirit says to the churches. To him who overcomes I will give to eat from the tree of life, which is in the midst of the Paradise of God.” Revelation 2:7

The Lord Jesus begins our text by saying, “He who has an ear, let him hear what the Spirit says to the churches." He is saying to those who are willing to listen to the voice of the Lord, listen more. He knows that there is a huge difference between hearing and listening. When we listen, we potentially grow in great wisdom. And, when we grow in wisdom, our spiritual peripheral perspective broadens and we begin to see things as He does.

In the previous verses in this chapter the Lord Jesus commends and corrects the church at Ephesus. And here in v.7, He gives this admonition to listen. The Ephesians hated sin in others, but in themselves, it appeared to be a different story. Understanding the danger of leaving our first love and giving our hearts to something else other than Christ is dangerous because all our other relationships are predicted on who we give our hearts to the most.

I'm sure you have seen the illustration that depicts two people grow closer to the Lord, and the closer they grow to Him they grow closer together. So, the pathway to any better relationship is learning to give our hearts to the Lord more and more with each passing day because He is the source of all wisdom. 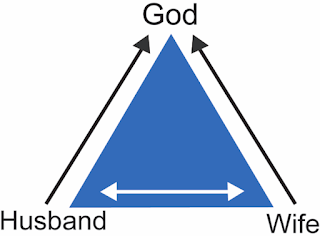 This admonition to listen underscores the fact that the Lord speaks to us often everyday. He speaks to us through His word in tandem with His Spirit. The question is, "do we have an ear to hear Him?" We must make conscious decisions daily to listen to Him, and we must expect Him to speak in all of our circumstances, both in and through the good and in and through the bad. The key is expecting Him to speak, anticipating His voice and then hear to the point of following His lead.

The second sentence in today's text reads, "To him who overcomes I will give to eat from the tree of life, which is in the midst of the Paradise of God."

The tree of life, you will remember, was in the Garden of Eden at the beginning of time. It was the tree that Adam and Eve were free to partake of until they rebelled. After that, they were excluded from the Garden, lest they should eat from the tree of life in their sinful state and remain that way forever. Interestingly, the tree of life appears again in Revelation 22. There we see the new heaven and the new earth, and the tree of life is in the midst of the city. It's twelve fruits, one for each month, is the food for the people of the city.

The Lord Jesus Christ is Himself the tree of life. If we think of Him much and draw strength from Him daily, we will find ourselves internally strengthened to meet the pressures and the battles we face each day. We feed upon the tree of life by listening to what He says. And then, being defined by what He says, we will soon discover that our spiritual lives are flourishing. We will grow strong through the pressures and struggles that come our way in a given day.

There are seven uses of “to him who overcomes” in the seven letters of Revelation 2-3 (Rev 2:7, 11, 17, 26; 3:5, 12, 21). That is, all the seven messages to the seven churches include a reference to the one who overcomes. All seven refer to something which could happen in the future, not something which has already happened in the past. All seven messages challenge believers to become and/or to remain victorious in our works. All seven are directly tied to another statement found in all seven letters, “I know your works” (Rev 2:2, 9, 13, 19; 3:1, 8, 15). Works, not faith, is the issue the Lord has with the seven churches.

John’s point is that the victory achieved by the very fact of new birth makes obedience to God’s commands an achievable goal. According to Genesis 2-3, Eden was the created paradise of God on earth. According to Revelation 22, Heaven is the paradise of God above. As we’ll see when we go through the other messages, this is where the slide starts with leaving our first love.

The promise here is to the Ephesian conqueror is the first of the seven promises, and, like the rest, pointing us to the return of the second Adam, and to paradise regained. It comes from Him who holds the seven stars in His right hand, and walks in the midst of the seven golden lampstands. Here, as in several other places, Christ is at once the promiser, the promise, and the thing promised.

Everything connected to life is comprised in Jesus Christ—. "In Him was life; and the life was the light of men." He is the bread of life; the water of life; He is life itself; He is eternal life. The tree of life represents Christ Himself. He is the fulfillment of all our longings. Pursue Him and cling to Him, daily.

BYoung Ministry
When I was five years old my mother died. Then, when I was seventeen years old my dad died. Three days before my dad died, I invited the Lord Jesus into my life. A year and a half later the Lord directed me to Columbia Bible College. He used my pastor at that time, Dr. Frank Wilkerson, and a couple who told me that God had led them to pay for my college education. It was miraculous! After two years at CBC, the Lord graciously brought Debbie King into my life and we were wed in August of 1988. We live in Elgin SC and we have three sons, two daughters in law and two granddaughters.